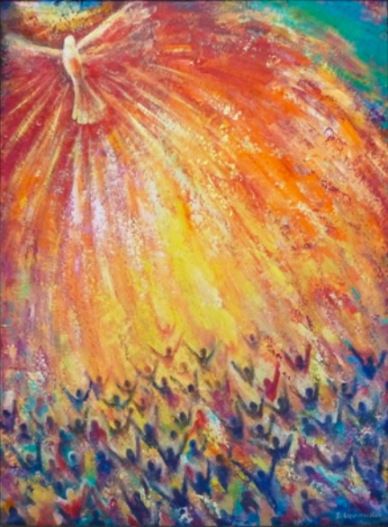 "We have gifts that differ according to the grace given to us: prophecy, in proportion to faith; ministry, in ministering; the teacher, in teaching; the exhorter, in exhortation; the giver, in generosity; the leader, in diligence; the compassionate, in cheerfulness."

Dear Brothers and Sisters in Christ,

78 years ago today, a young girl received a diary for her birthday. This diary became her friend, her way of expressing her thoughts, her feelings, her emotions, her hopes and her fears. She could confide in this diary in a way she could not to anyone else. She used the diary as an escape from the horrors of her world. She used that diary to connect.  Her name was Anne Frank.

I don't need to tell you the rest of Anne Frank's story. Hers is a tale that we have heard so many times. Less than a month after receiving this diary, Anne and her entire family retreated into hiding for 2 years, only to be forcibly captured and murdered by the Nazis at Bergen-Belsen. But her words live on and connect with each of us. She wrote, "I don't want to have lived in vain like most people. I want to be useful or bring enjoyment to all people, even those I've never met. I want to go on living even after my death!"

Anne Frank's diary has been read by millions around the world. Her words offer us a glimpse at her thoughts and feelings, and they offer us a hope that can get us through dark times. 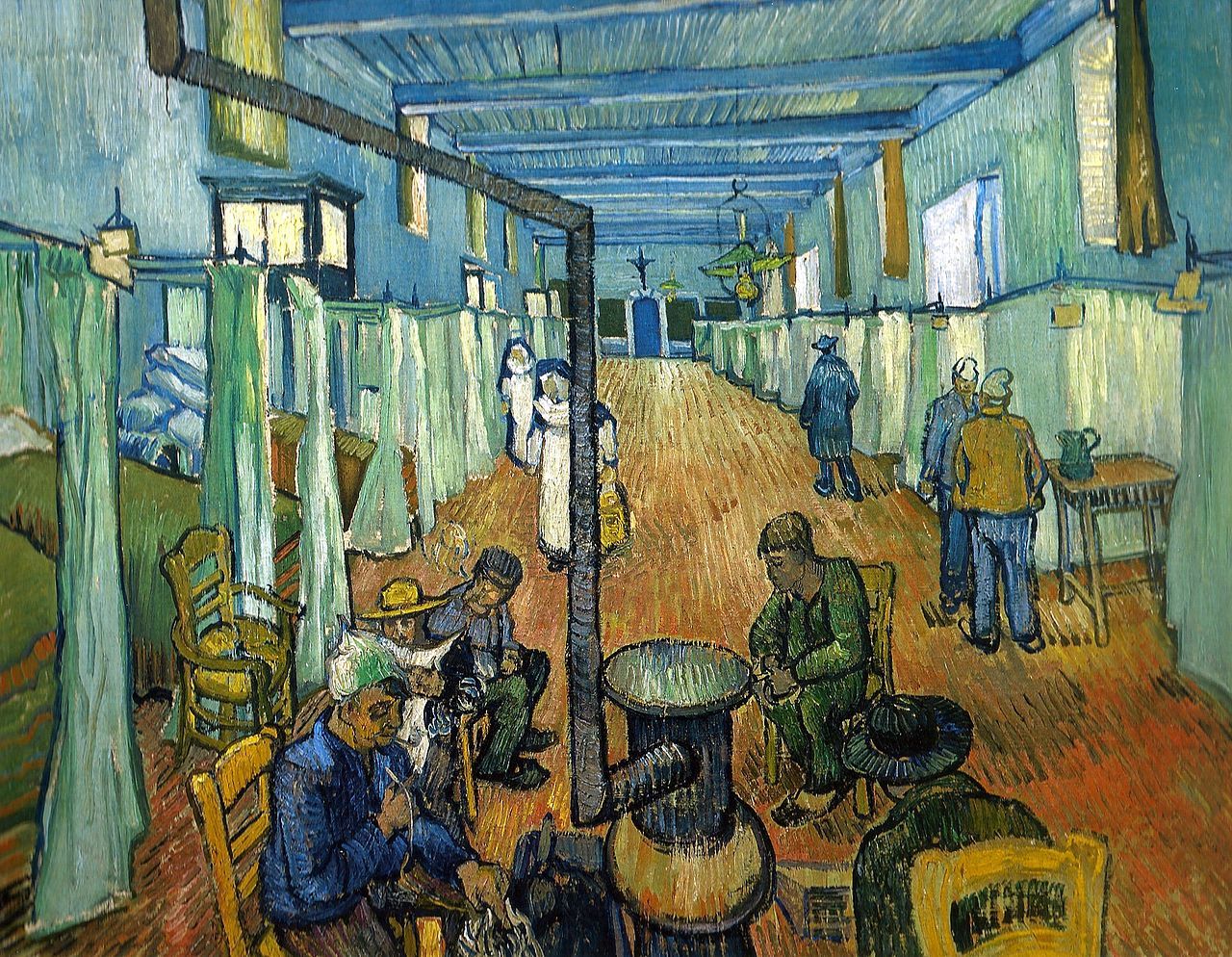 For thousands of years writers, poets, musicians and artists have expressed themselves through their works, even when they could not speak to us face to face. From Dr. Martin Luther King's "Letter from Birmingham Jail" to Vincent Van Gogh's art created during his stays in the hospital; these means of expression shed deep light on their creator's soul and allow us to view the world in a new way.

In times of trial, everyone turns to their own means of creative output. Whether it is poetry and writing, or painting and photography, or music and signing, or baking and gardening; each one of these pursuits is not only a outlet for ourselves, but it allows us to show a different dimension of who we are.

Each time I take out my camera, not only do I capture a moment of joy or beauty, a moment of love or tenderness, a moment of grace or elegance coming from the subject, I am putting a portion of myself out there as well. I can express my own thoughts and feelings and can show the world a new side of who I am. For me, a picture shows more than just a thousand words. We are deeply connected to the things we create.

A simple image of stones on the ground can be so much more. The weathered rocks tell their own stories of the thousands who have tred across their path. The spaces in the stone are full of the new shoots of spring. A reflection off of a small puddle shows the beauty of life in all colors of the rainbow. But there is more to me beyond the aesthetic beauty, there is depth, there is soul. 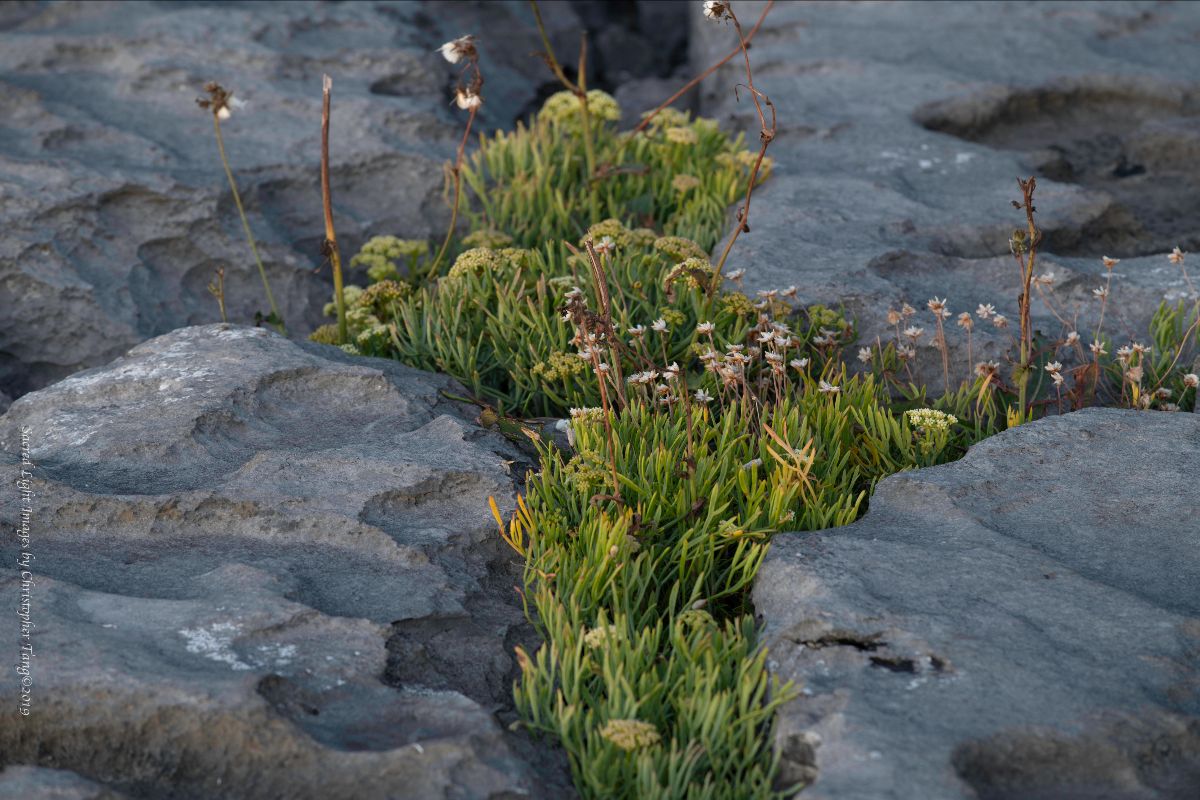 I remember how even in the darkest of days, there will still be light and life. How spring will always come no matter how bitter the winter may be. That picture says more than I could ever hope to say. 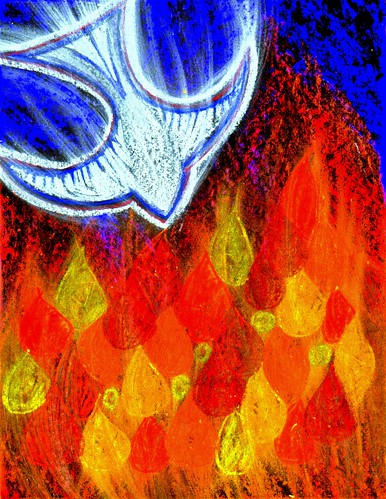 I have always been so proud of the creativity of this congregation: from the prayers and liturgy to the music and flowers; there is a spark that pushes us into new directions wherever the Spirit may lead. Use that spark to kindle the flames of creativity and passion within each of you and push all of us to create in ways we have not yet done.

I will leave you with a thought from that young girl, a girl who knew the truest dangers that can exist. She wrote: "In spite of everything, I still believe that people are really good at heart." We know that is the truth, a truth which we all must share.

Be safe. Be well. Be at peace.
Chris+

"God of the present moment, God who in Jesus stills the storm and soothes the frantic heart; bring hope and courage to all who wait or work in uncertainty. Bring hope that you will make them the equal of whatever lies ahead. Bring them courage to endure what cannot be avoided, for your will is health and wholeness; you are God, and we need you."

If you would like to support Holy Comforter in this or any of our missions, please consider making a gift.

This Week at CHC

© 2020 Church of the Holy Comforter
Lovingly made by Worship Times, Websites for Ministries
Powered by WordPress, Themeco & Worship Times · Edit Your Website